The Real Start to Teaching

It’s been a month! A whole month since I posted about my possibly having tuberculosis! So let me let you in on a little secret. I don’t have it. I am free from disease, as much as anyone can tell anyway, and I even have a letter to prove this. It’s a crucial piece of kit, because it turns out they’d managed to check my genitals were ok, too. I can’t say I remember this test in the hospital, but it does seem like it’s probably the finding I’d prefer… 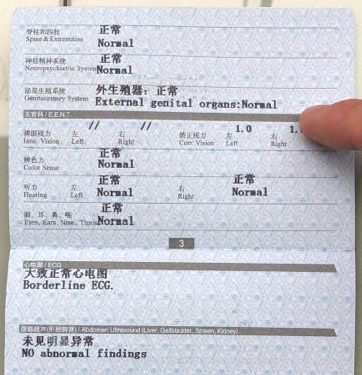 Yeah, not weird at all…

This reexamination of my diagnosis had several consequences. First, I was no longer a social pariah (hooray!). Second, I could go back to school again – this was great, because I’d missed out on a lot. Third, I had 75 minutes with which to get into school. And I kinda hadn’t expected to be in that day, so I’d not quite bothered to get ready. I rushed through a shower, got some clothes on and sped to the bus stop, for what was to be my real start to teaching. 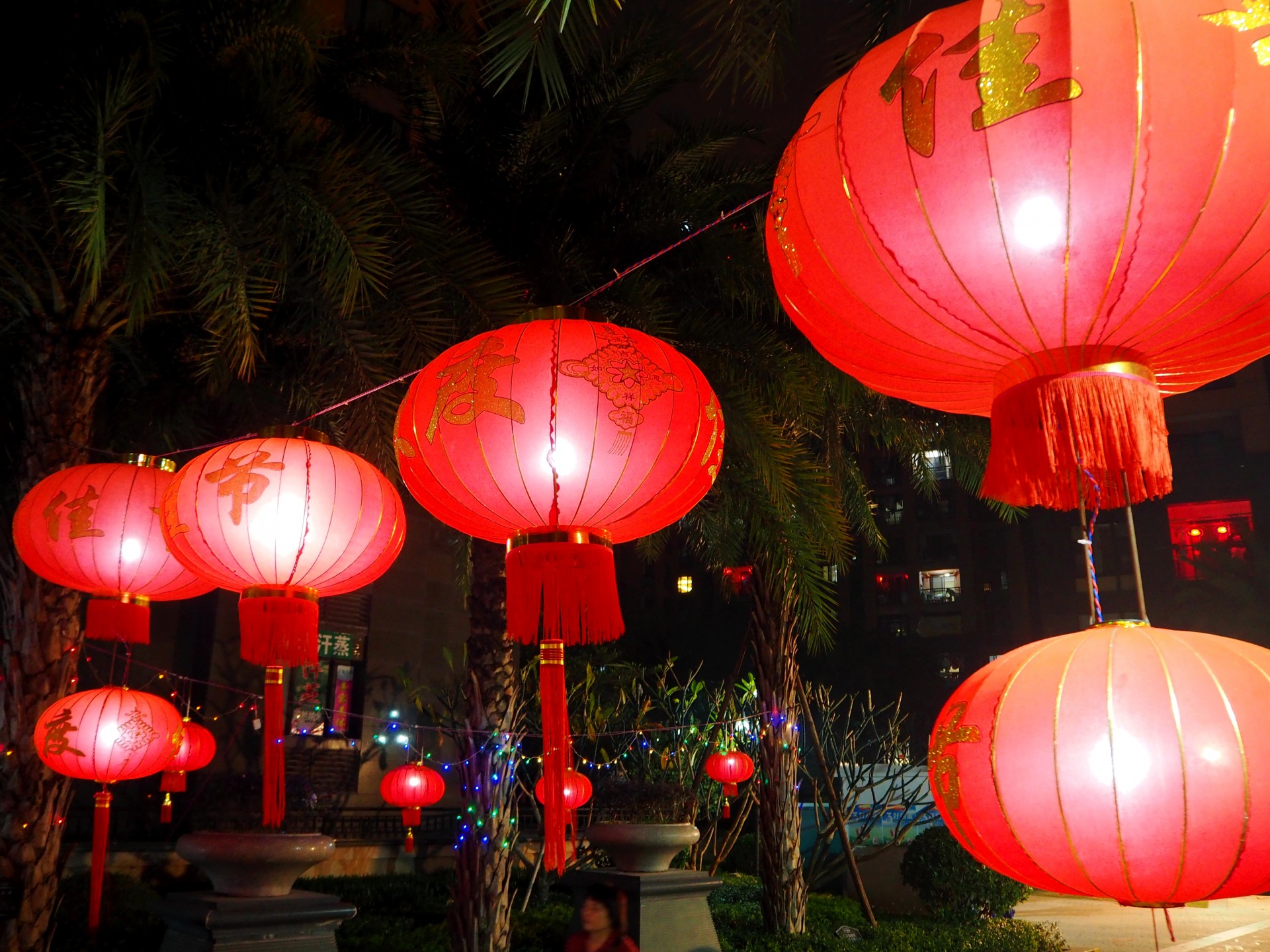 The lanterns are out for Lantern Festival. 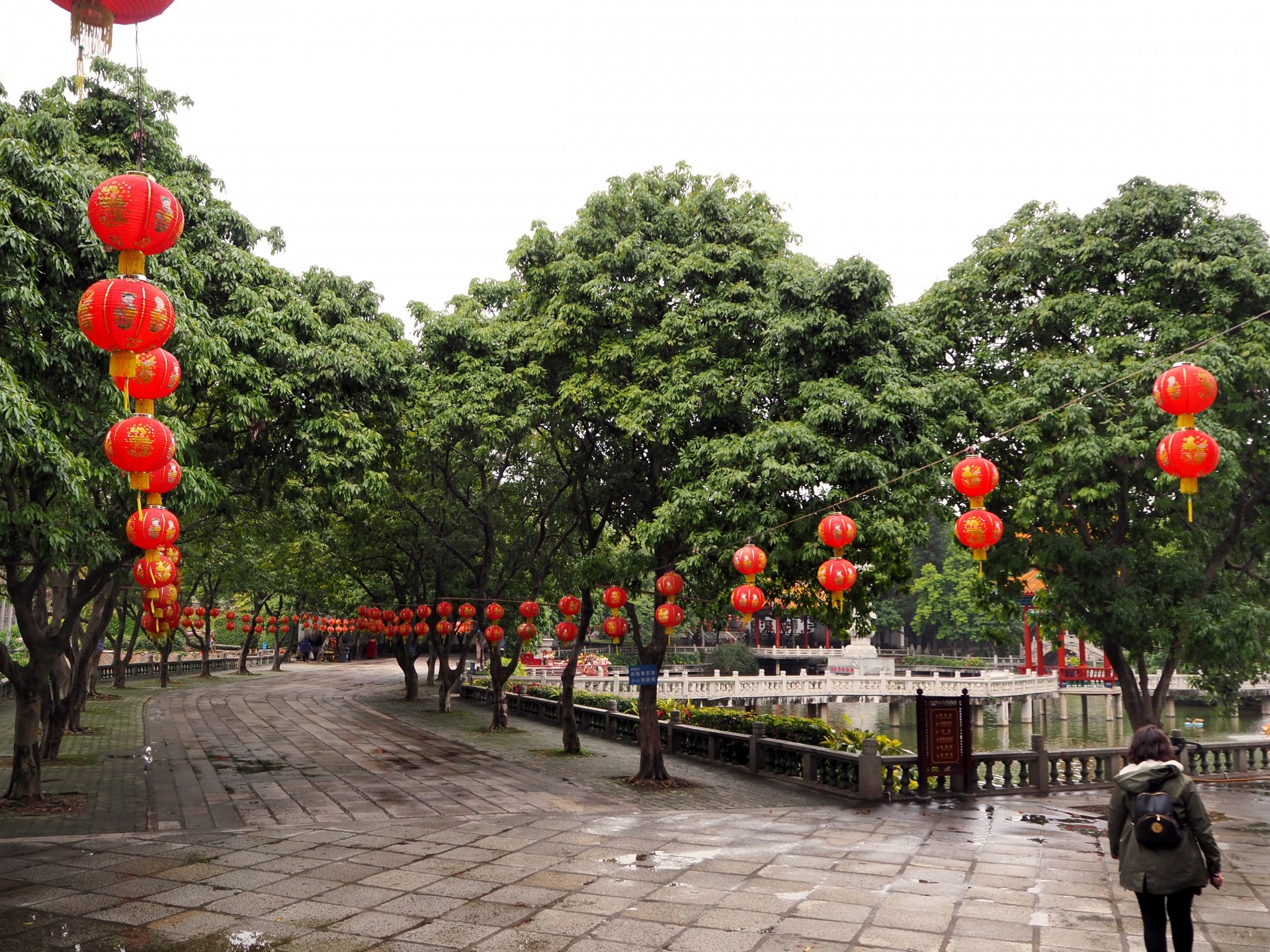 The Real Start to Teaching

Because I’d lost out on a week the teacher I was to be replacing had already left, so it was in at the deep end I went. Whereas normally I’d have team taught my second week’s lessons with whoever I was taking over from, gradually taking on more responsibility, I had to teach about half of them by myself. Luckily, for the other half, someone would be there to help.

My biggest concern before I came to China wasn’t whether I’d struggle to live here. I was pretty sure that even if I didn’t love China as much as other places I’ve been to, I’d still enjoy living here for the differences. Nor did I have any particular concerns about being diagnosed with TB, for obvious reasons, really. What I wasn’t sure about, was whether I’d be any good at teaching. Sure, I’d done a course and all that lark, but I don’t think you can really tell until you get up there and test it out. When you’re there, are you still self conscious, or does it all disappear? 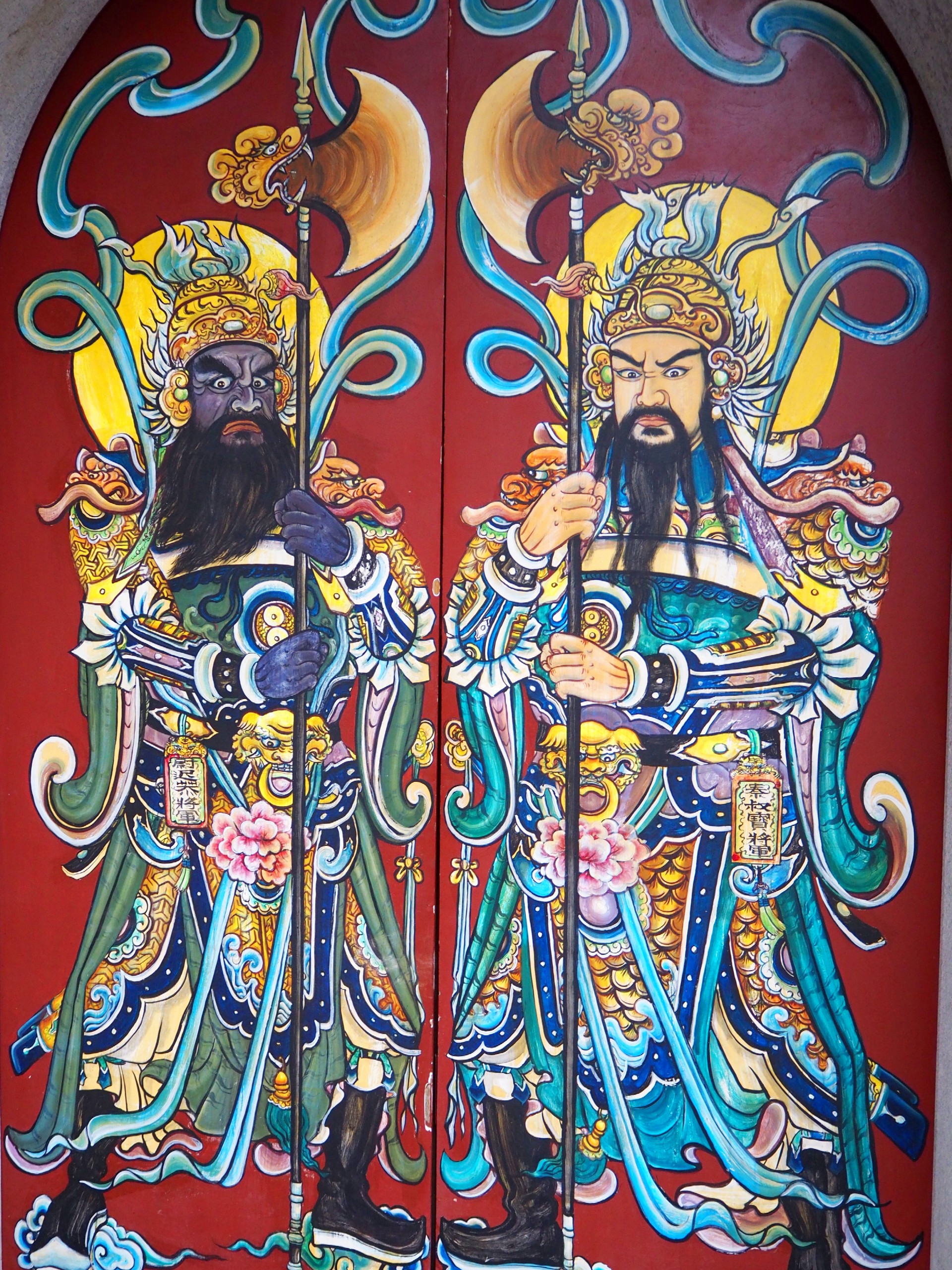 Magnificent beard growth, is all I can say.

I found it didn’t really come into effect so much in the team teaching. There’s almost that fall back option if you’re not sure how to explain something, or get your point across to a bunch of kids who mostly only speak Chinese. When you’re on your own though, it properly comes into play. That’s when, whether things go right or wrong, I think you can decide if you can be good or not. Or at least, I did. Certainly not everything’s gone perfectly for me. Some classes I’ve struggled to remember what’s written on my lesson plan. Others I’ve had more of an issue of communicating my point across than others. Overall though, I think I’ve had a pretty great time in them, and I think my students have at least learnt something. Hopefully.

Maybe five weeks have gone by since then, and I’ve already covered a bunch of classes and gained an extra two, so I’m going to assume I’ve not been doing TOO badly. The extra classes are a double edged sword though, and by that I mean two edges that cut. The extra class time (which I need to write lesson plans and prepare for) takes away from my time to actually plan them. Time which I kind of need to make good lessons (it’s a slow process for me still). This though, is just another challenge to rise to. I’m not the newbie any more – just last week we got some fresh blood in the office. Now I’m an experienced teacher. Ish. 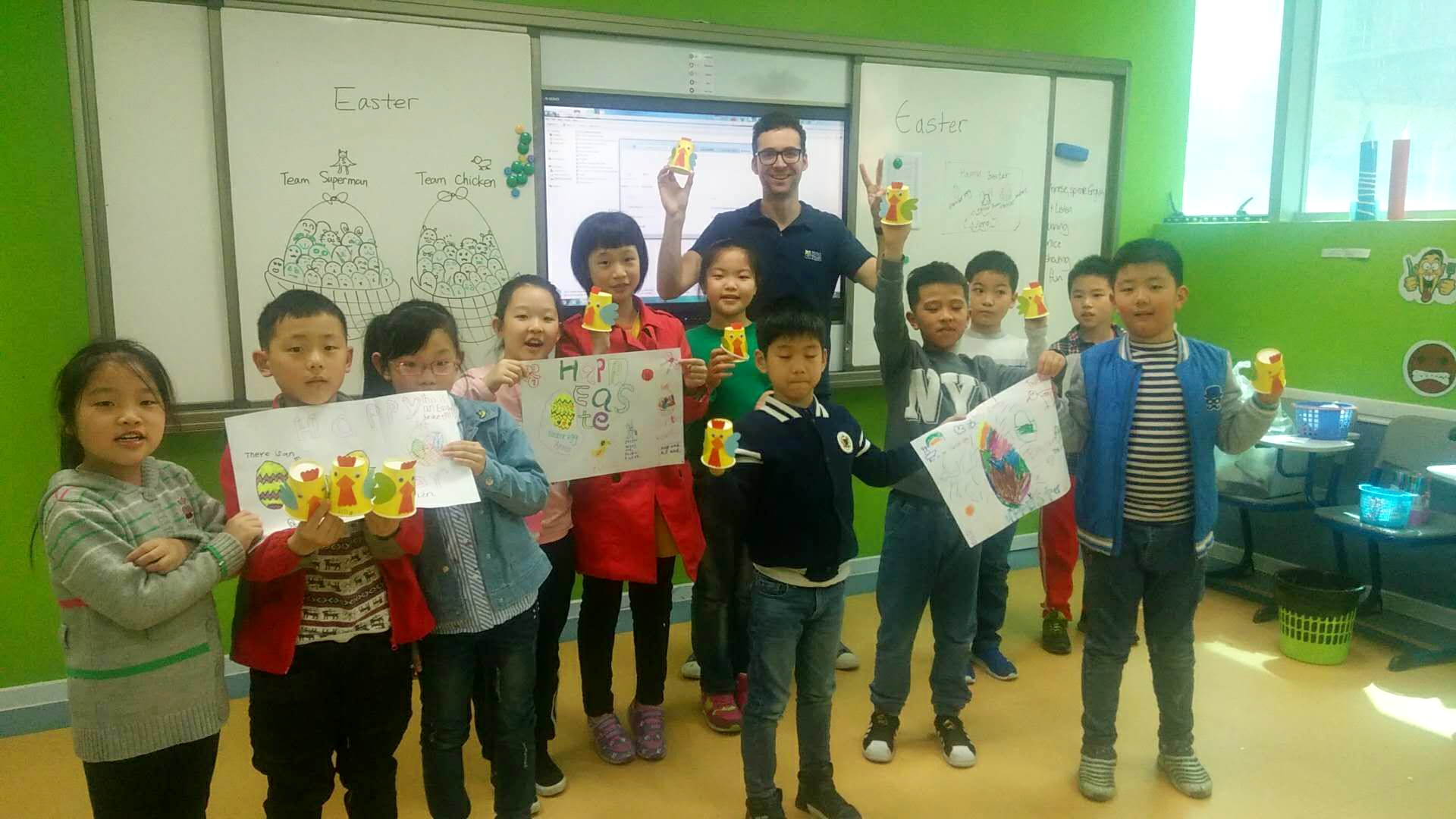 Easter class with some of my youngest students. 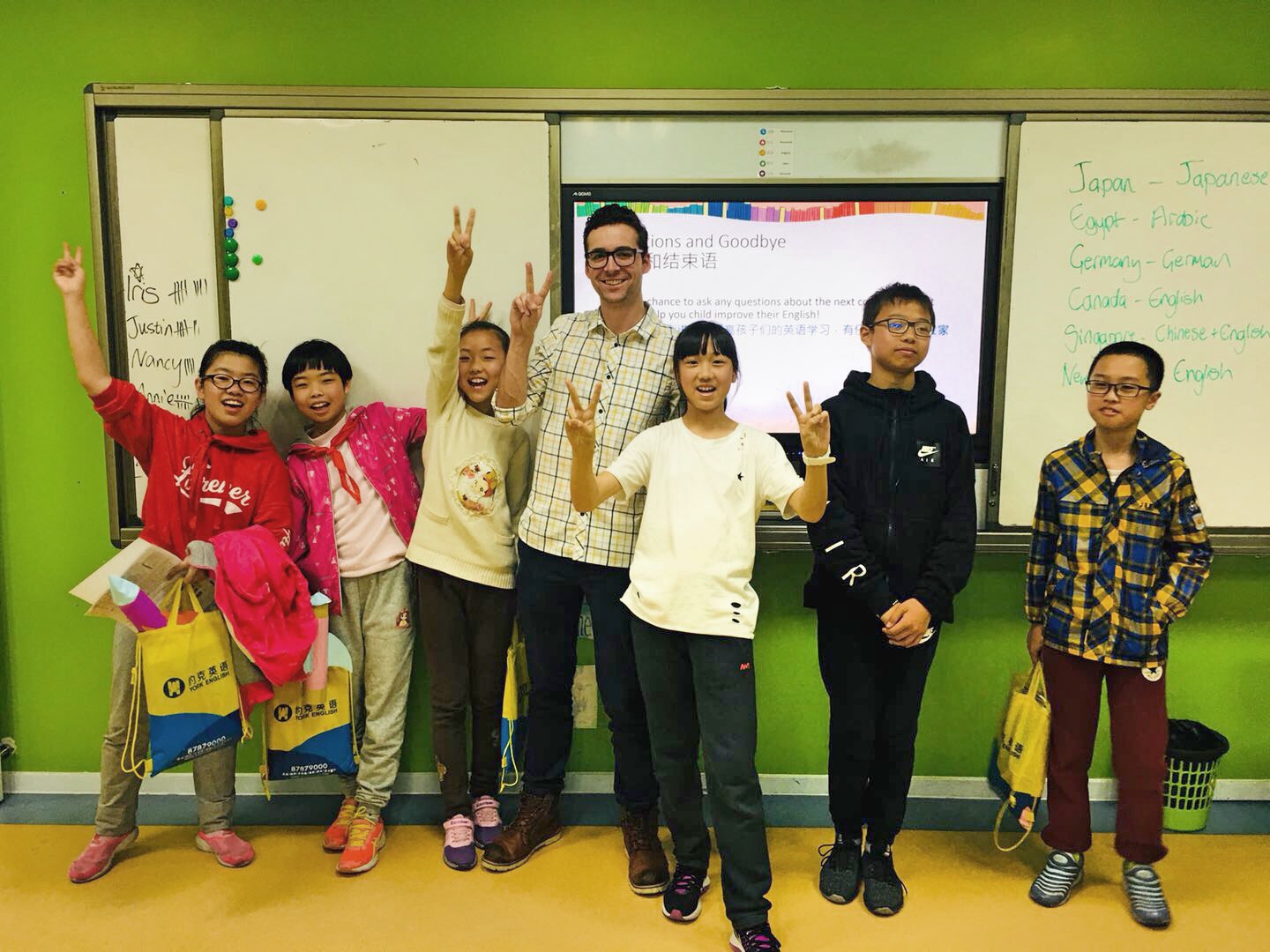 Graduating to the next level. They’re all impressed by the photo op.

Enough about teaching though. What have I been doing the rest of the time I’ve been here? Well, the answer’s a lot, mostly based around settling in. Buying things, eating food, downloading the Chinese apps which allow me to buy more things and eat more food. Yeah, that’s kind of the gist of things. Oh, that and driving my fancy new (used) E-bike around.

Yes, as soon as my stay was confirmed, I bought an E-bike, and it is awesome. Like, seriously cool. For the first time since 2015 I’m not totally reliant on public transport, and it turns out freedom really is as good as they say it is. I can zoom around the streets as much as I want, without a care in the world, aside from the Chinese traffic, of course. Oh, and my parents, who’ve already seen fit to lecture me on the benefits of a helmet. The E-bike takes me back to a real ideal of mine over the years though. Do you remember back in the old Pokemon games, where you could press select and your convenient little bike would unfold from nowhere and you’d zip around so quickly? No effort, no sweat, no difficulty. I’ve always wanted one of those, and now I have one. 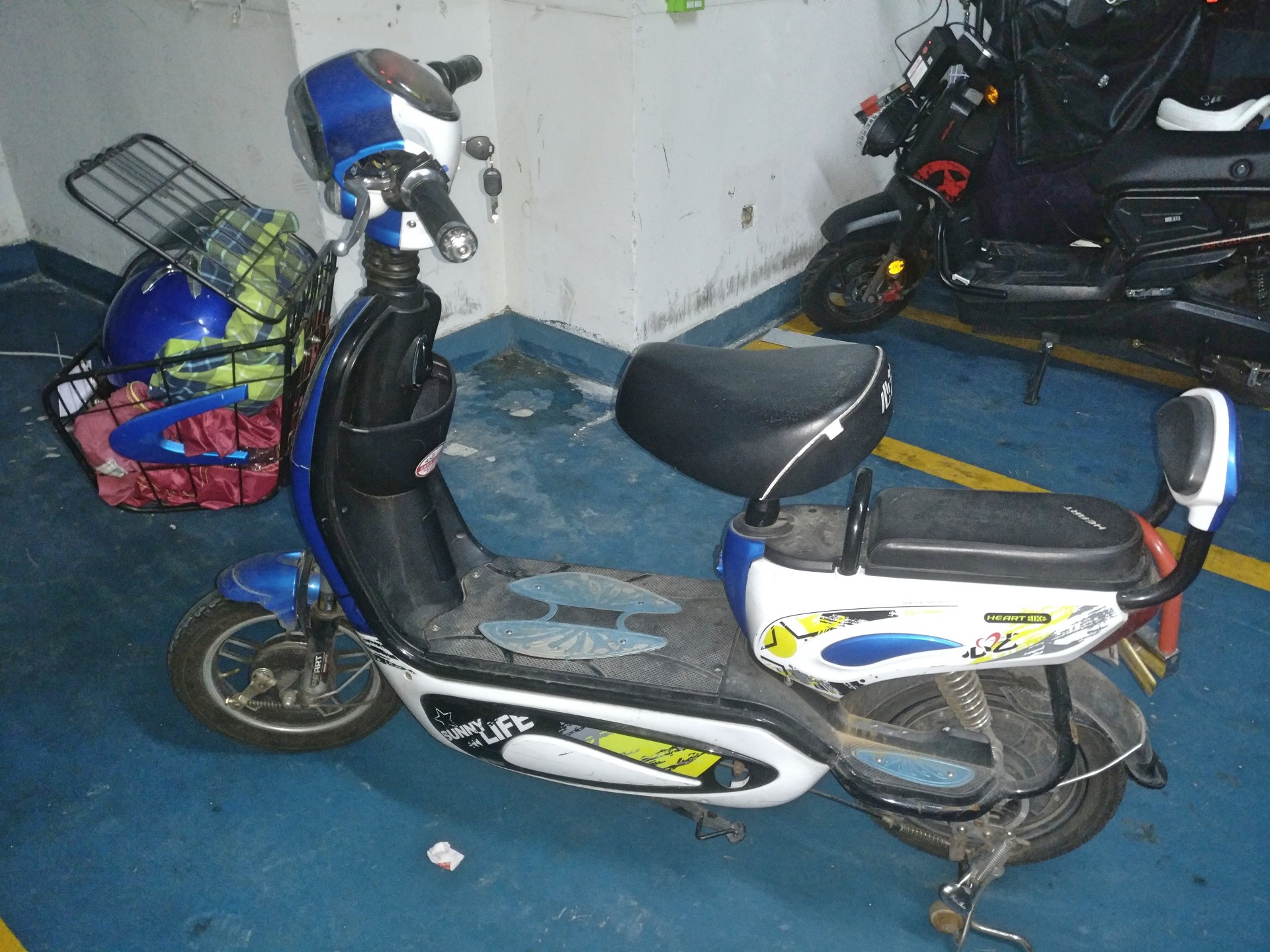 I’d like to take this opportunity to point out that the basket was bent before I got the bike. 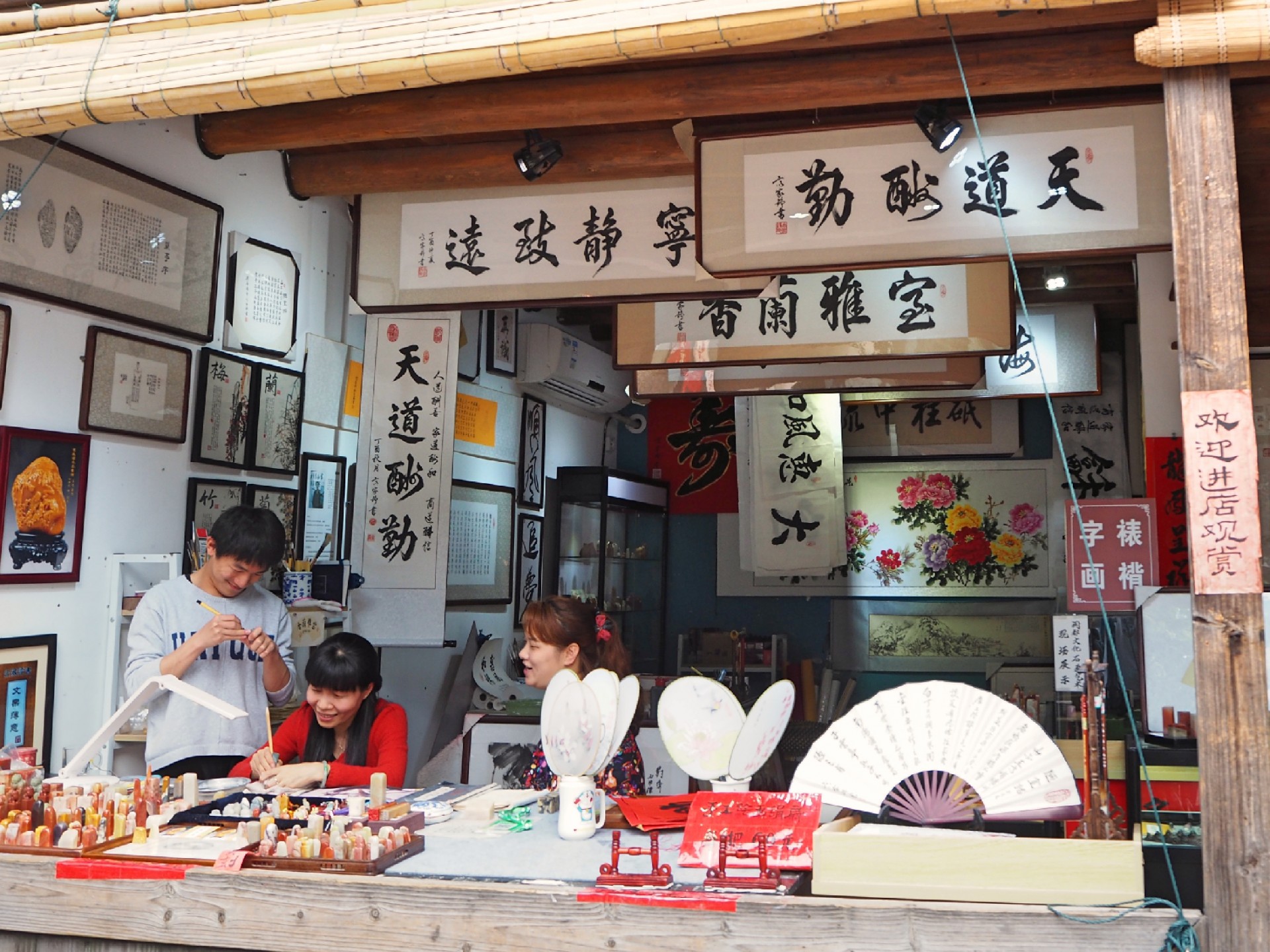 Looking inside a calligraphy shop.

I have visited the occasional place too, in my time here so far. Hell, before I got the all clear on the ‘ole TB diagnosis I’d already been around some gardens and temples. The first thing I saw though, was Lantern Festival.

I didn’t even know Lantern Festival was on until I saw a few messages coming through on WeChat, China’s version of Whatsapp or Facebook Messenger. Sure, I’d heard the fireworks outside, but to be honest, they happen a lot of the time in China anyway, so I hadn’t thought any more of them. It turned out these fireworks were actually for something though, and I did really want an excuse to leave the flat. Despite my still being under relative confinement at the time, I decided to go out anyway.

Lantern Festival marks the end of Spring Festival, or Chinese New Year, and as the name states, everywhere is literally smothered with these bright red lanterns that glow beautifully in the dark. Bright colours are the name of the game here, especially as the dancing makes its way to the forefront of the night. Different troupes perform under the gaze of the local people, who’ve made their way out of their apartments to come and watch, like me. While There’s a lot of fire, and a lot of very sleepy children being paraded about on their parents shoulders at different points in the night, Lantern Festival, much like any other, is a primarily social occasion. A means for bringing everyone out together. 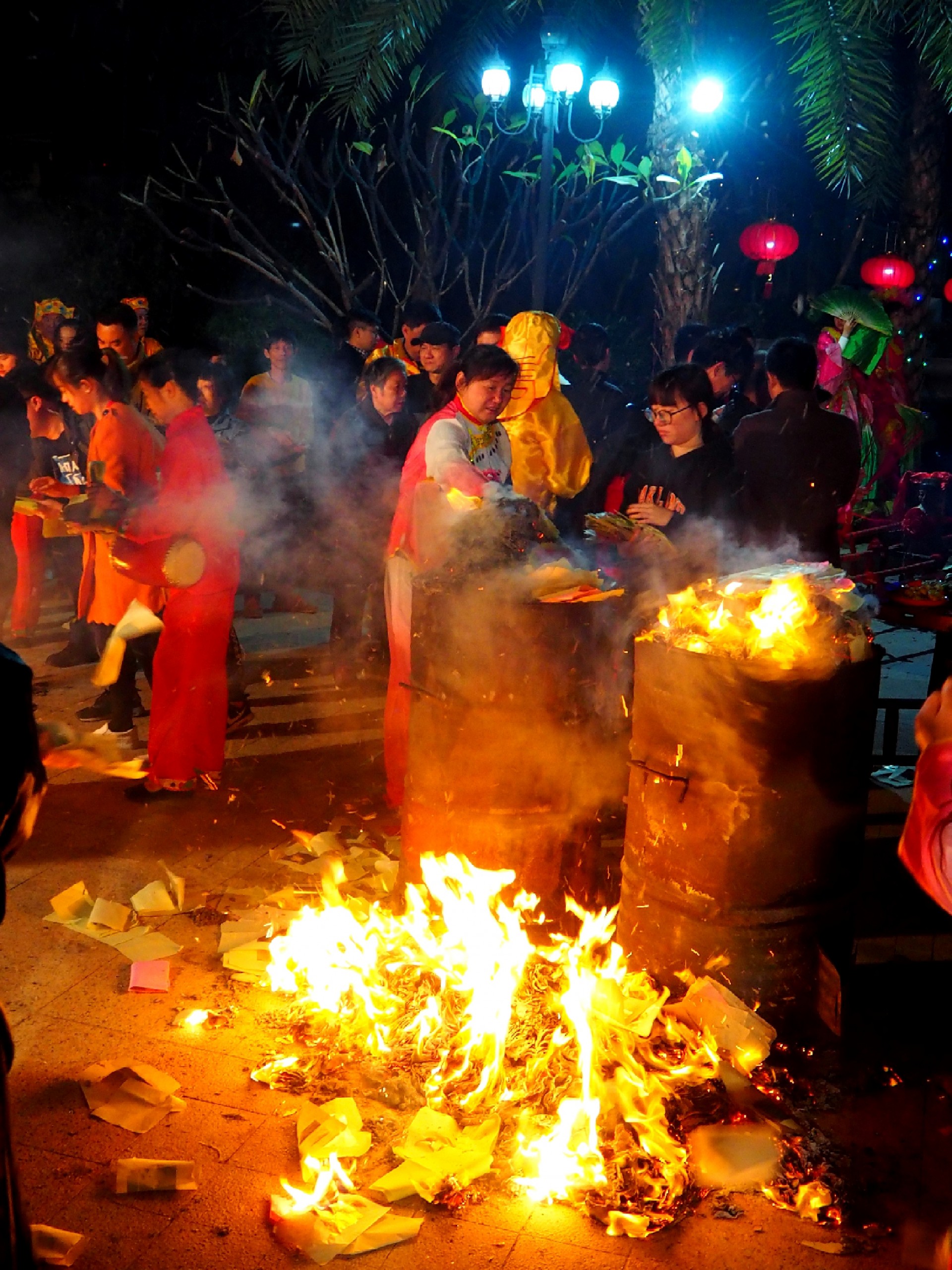 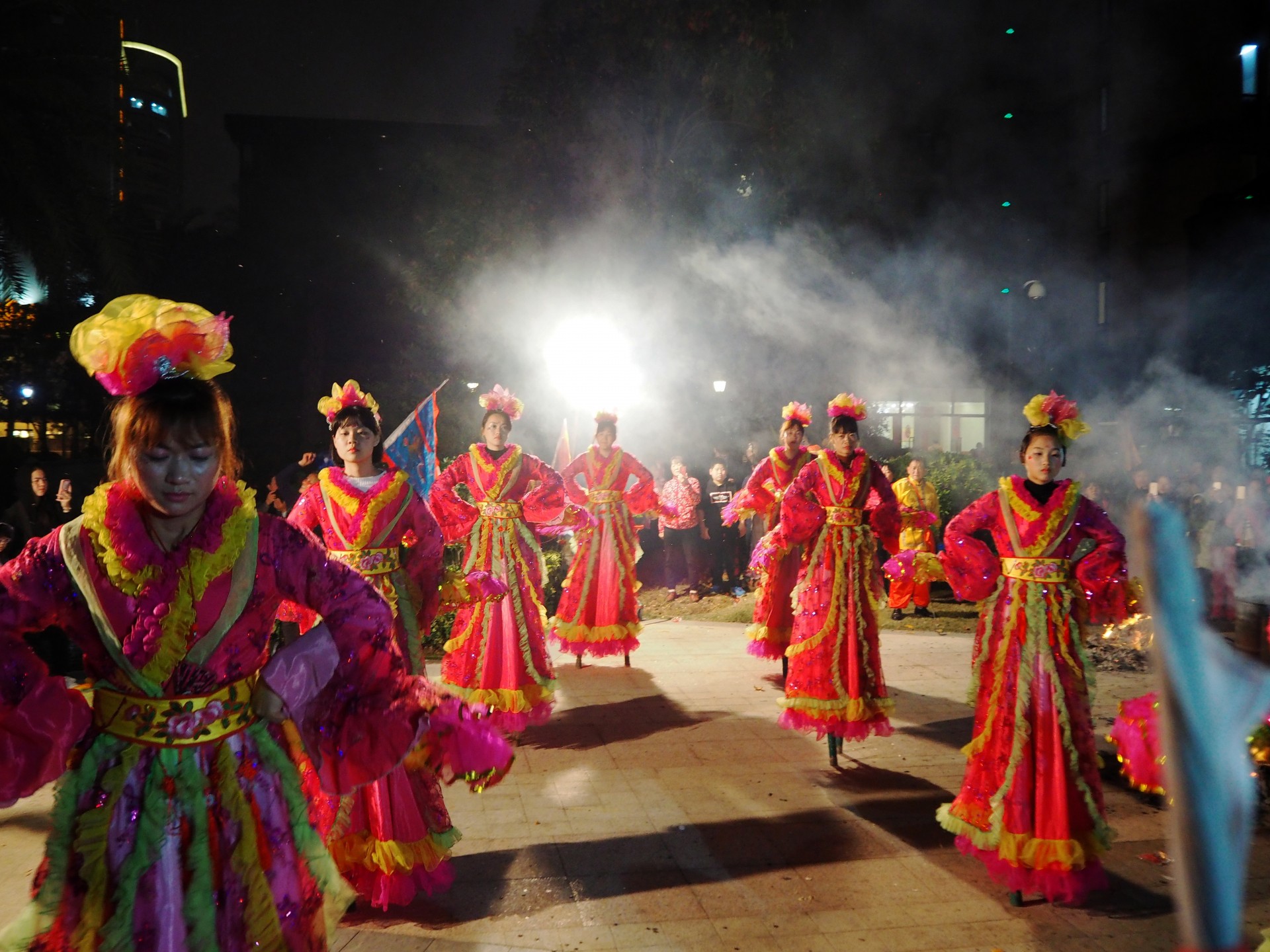 Some of the dancers at Lantern Festival.

A few days later, still potentially sick, I took the bus over to Sanfang Qixiang, literally “Three Lanes, Seven Alleys”, with another of the new recruits. It started off well. We missed the bus stop, and ended up quite a bit further away than we’d intended. This, though, only forced us to walk through some beautiful gardens on the way, full of blossoming trees and flowers. How devastating for us.

Eventually, we made our way back to the streets we had intended, and also to somewhere we could finally eat some lunch. After the skyscrapers and new buildings throughout most of the city, you’d be forgiven for thinking there was nothing of old China left, but you’d be wrong. The lanes and alleys that make up Sanfang Qixiang contain some of the best preserved building work in China apparently. No doubt there’s been a significant amount of restoration involved, but it’s still nice to see some of Fuzhou’s heritage. It’s that bit of character that you just don’t see in the mass design of new buildings. 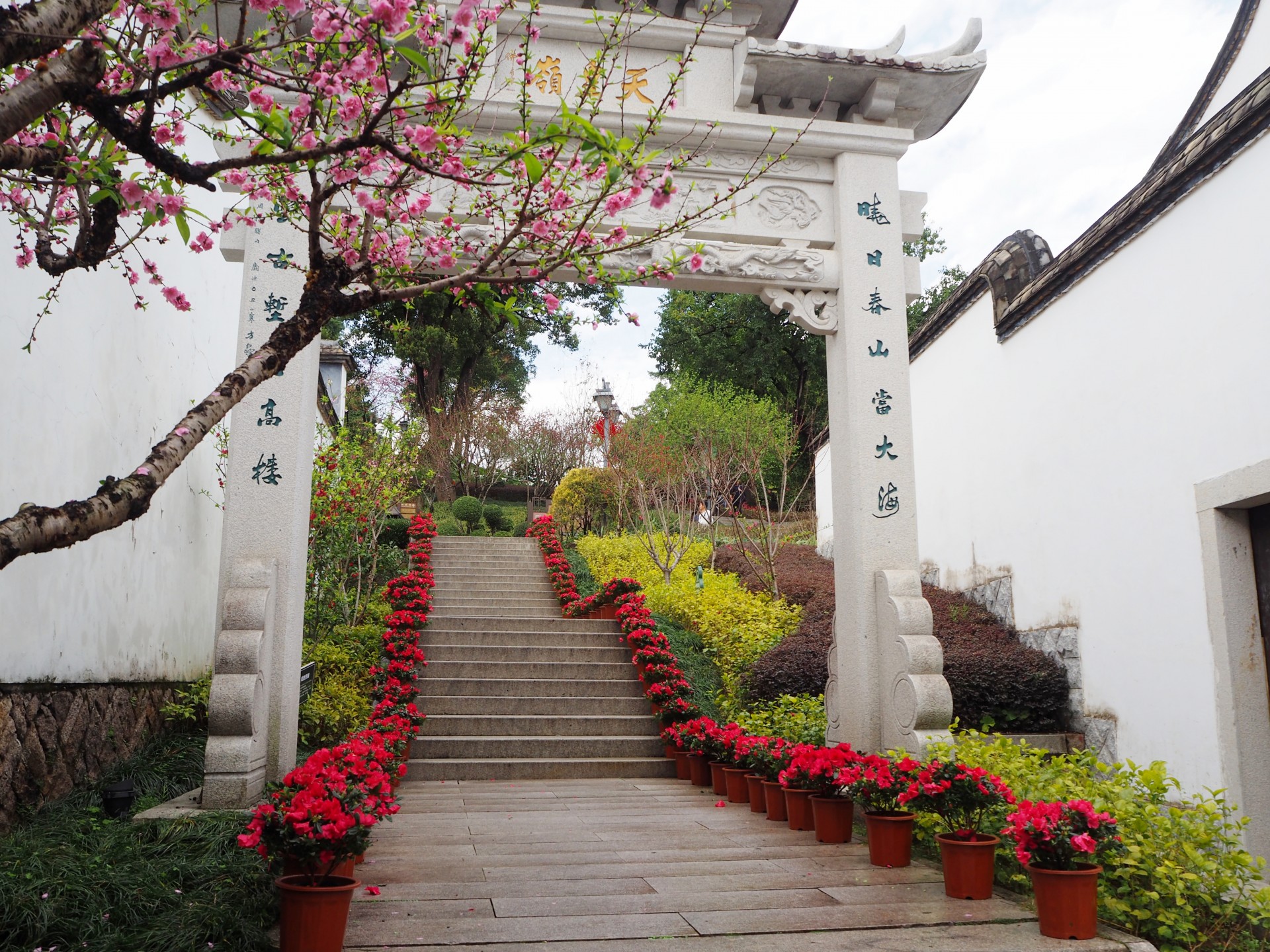 This wasn’t where we expected to be. 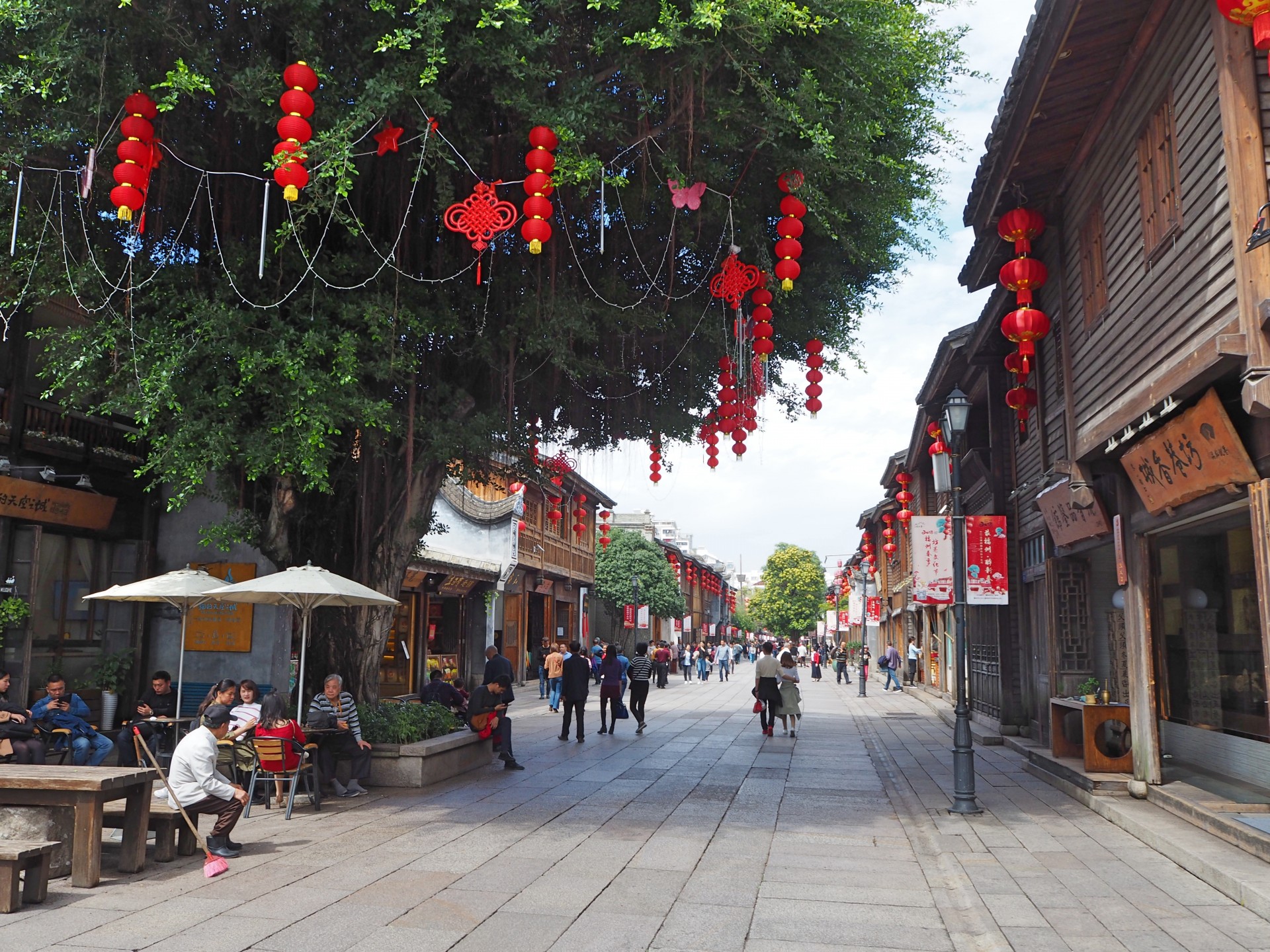 The main lane of Sanfang Qixiang.

That’s not to say though, that the new doesn’t creep in. Alongside restaurants and calligraphy shops, there’s plenty of tourist bric-a-brac, and even a Starbucks. That’s all before you get to the main course, as well. At the bottom of the street, amongst the wooden panelling of ancient China, one symbol stands resplendent above the rest. Those golden arches. Those which light up cities around the world. It is, of course, McDonalds. In the most unlikely of places. Maybe the old emperors were fans? 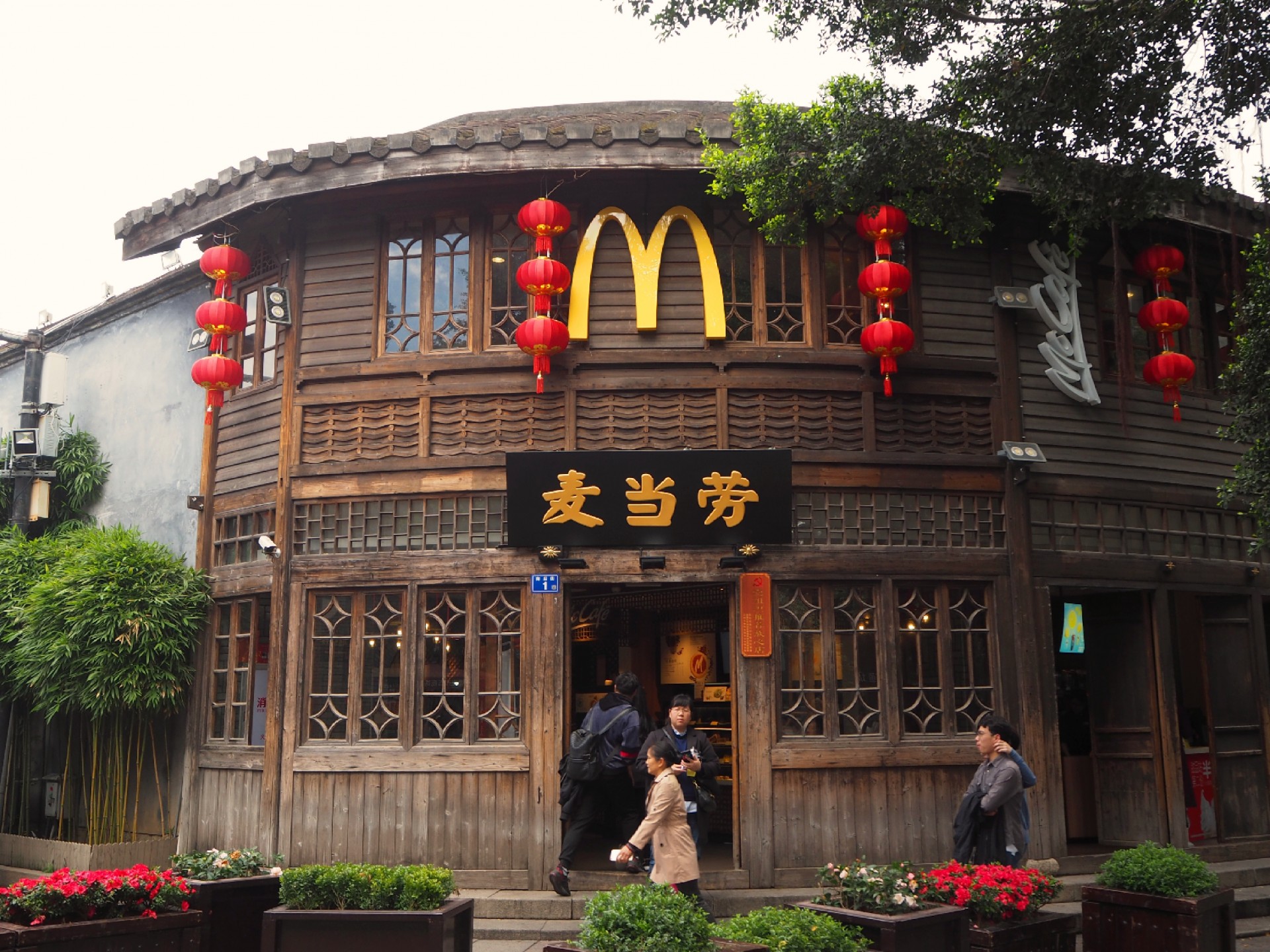 An invite from a couple of teachers took me to Xichan temple the next day. Set in a lovely green park, there are dozens of large halls dotted around the grounds, each with their own different design (and probably purpose), and it’s a beautiful place to spend a few hours. The star attractions though, are the main temple and the giant Bao’en pagoda. They’re the kind of buildings that send your imagination back to the traditional China people envisage.

Xichan temple itself is pretty impressive from the outside, as well. Dramatically curved orange roofs sit on each layer, and its surprisingly imposing up close. The views from the top aren’t half bad at all, either. The rest of the temple grounds blend into the tree canopy, a mash of green and orange, while the pagoda stands upright against the background of modern China. 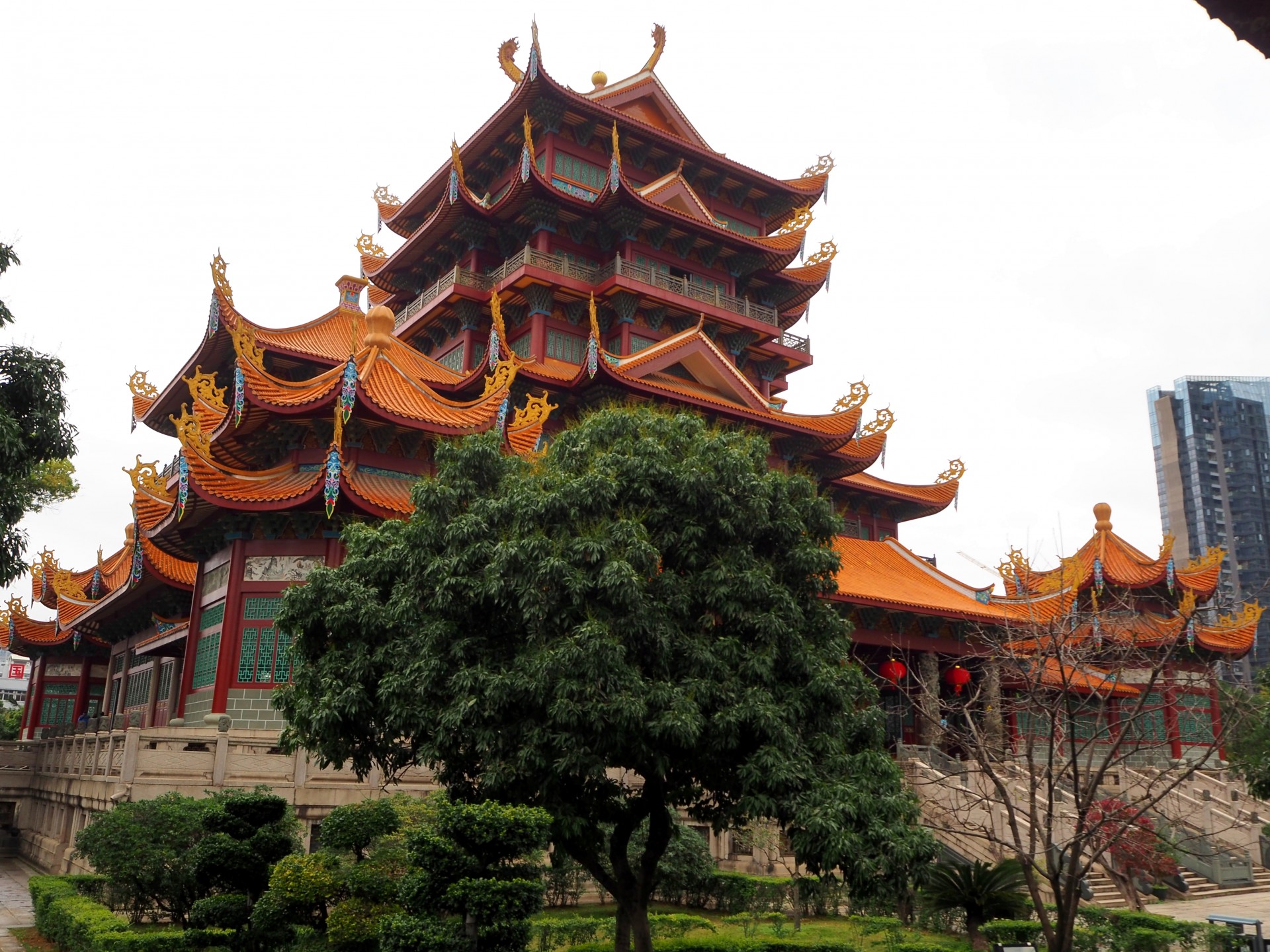 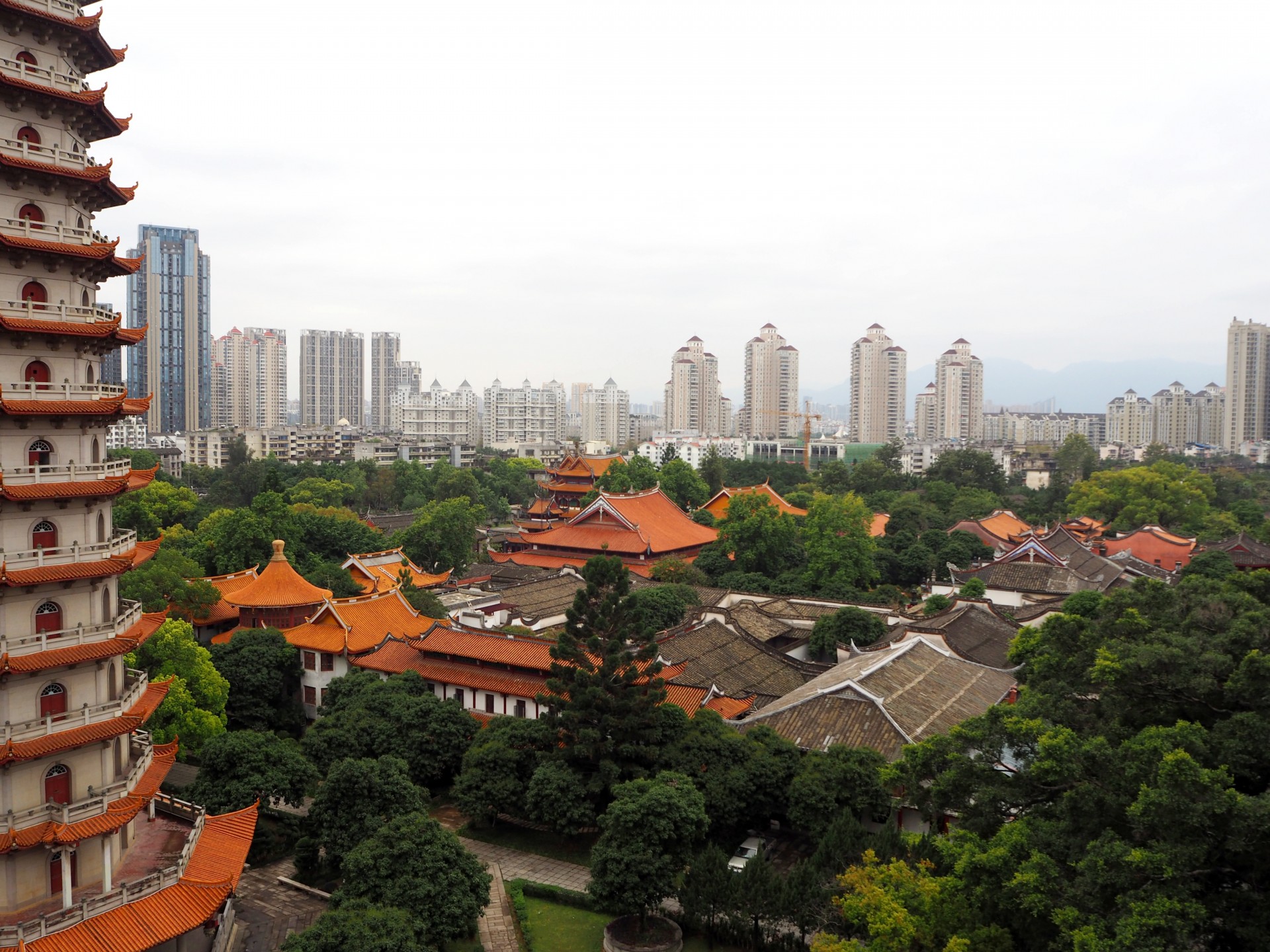 The damn pagoda’s too tall for my photo.

It might be noticeable that much of this seems to be from a few weeks ago, and truthfully it is. Things when I finally started working were so hectic that I just didn’t have to opportunity to get around to writing much, and by the time I did it was difficult to pinpoint what to put down. Don’t fret though, there is more of China to come. And in the future (or kind of past, now), I don’t always stay in Fuzhou. 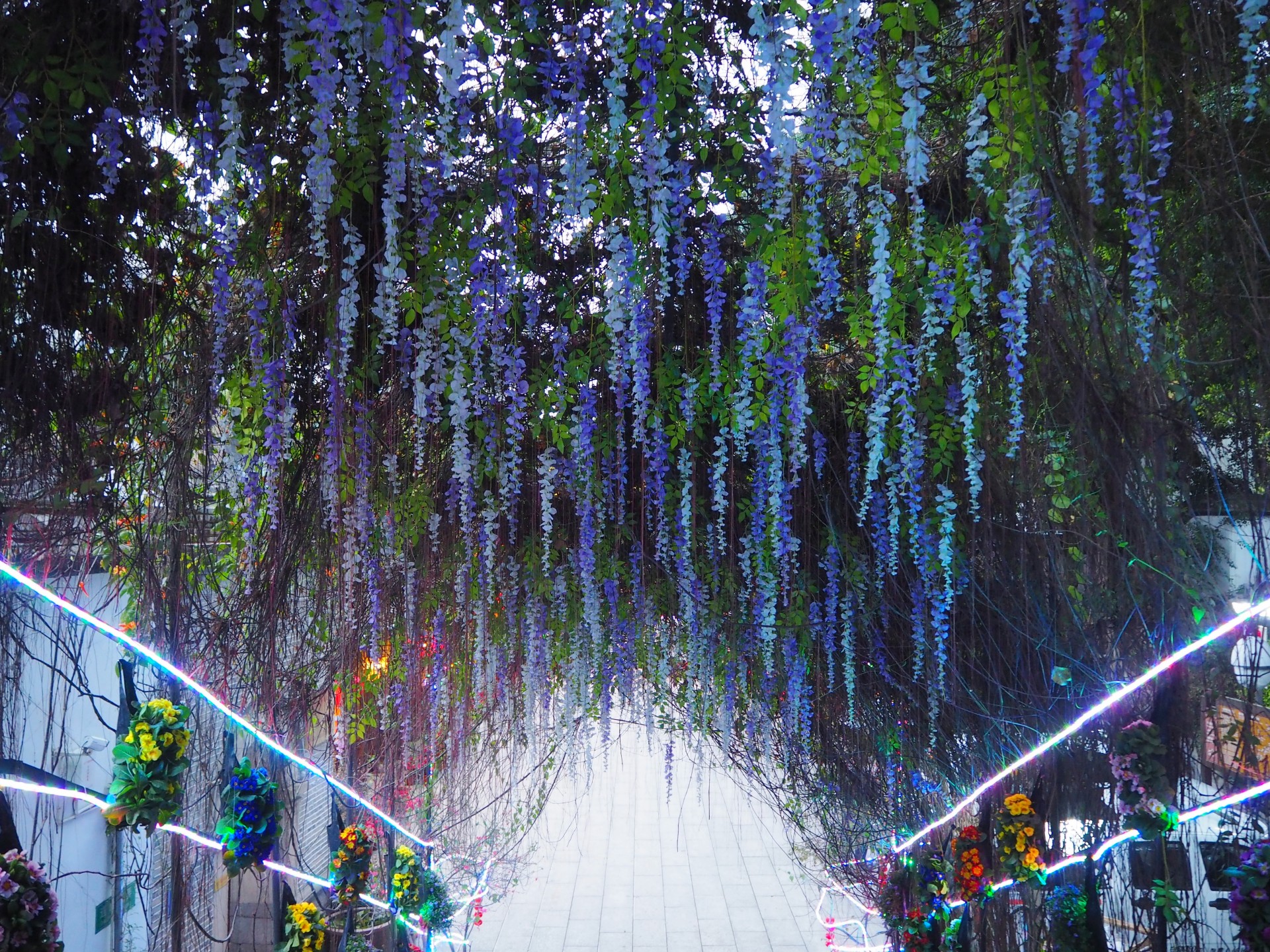 A mystical entrance to the park. 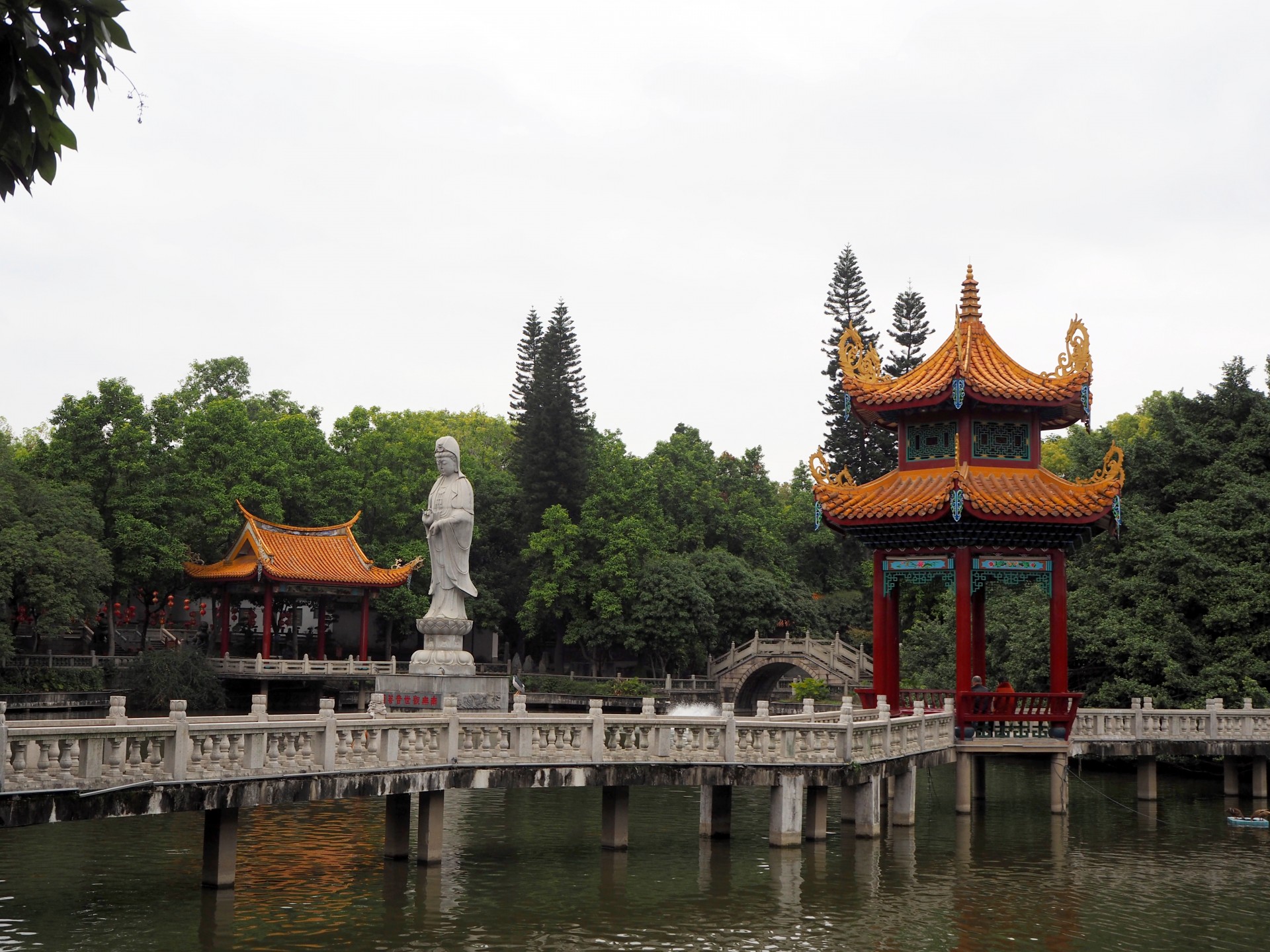 One last shot of the temple.