Ahem. Gather round, gather round, dear people. I have an announcement to make – I finally have a visa!

Finally my circumstances have been deemed suitable, the paperwork has been processed and my vivacious visage (sometimes alliteration is really restrictive) has resulted in a visa. A weight off my mind has been lifted because I’ve at last been able to sort out some of the more pressing matters when moving to a new country. You know, like flights and other small details like that. Now, at last, I feel I can reveal some of the minutiae of my move to China.

If you’ve been reading my other sporadic announcements, you’ll know that I’ll be teaching in China – I had yet to reveal where though (except in the comments). Well, I’ll be moving to Fuzhou, the capital of Fujian province. It’s a small city by Chinese standards, of only 4.5 million (and 7.5 million in the wider area), but I suspect it will be big enough to overwhelm adequately. Let’s face it, I’ve been living in rural Devon for 18 months now – anywhere with a population centre of more than 1000 has the capacity to overwhelm.

Importantly, at about halfway between Shanghai and Hong Kong on the coast, and almost opposite Taiwan, it’s almost in the tropics. There are (apparently) mountains and greenery all around, and the air quality should certainly be better than say, Beijing. I should at the least then be set for some warmer weather than we’re accustomed to in the UK. I’m definitely looking forward to that. I miss being able to wear shorts…

There’s more than that, though. That position on the coast should allow me pretty easy access to a whole host of places to visit and explore. China’s rail system is supposed to be pretty good, and very affordable too. For once, I shouldn’t be setting myself up somewhere that is more difficult to get around than before. 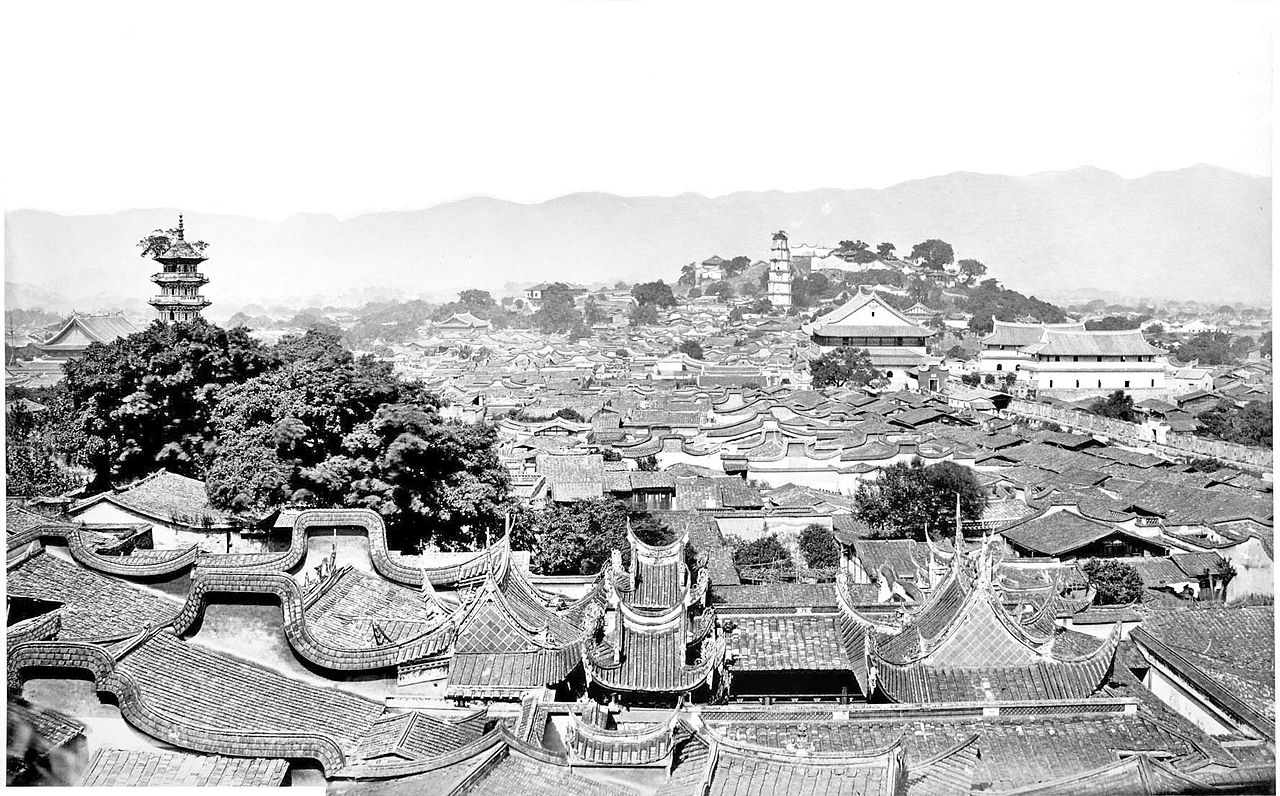 I’ll be teaching at York English, who have several schools in Fuzhou. They’re a private school, meaning one where the students will be coming after their regular school timetable or on the weekends.

Originally, I’d thought I’d rather teach in a public school, but after having interviews with a few different schools I felt that York seemed to be more organised. It seemed I’d be more likely to improve as a teacher, and there was an emphasis on not just being there for the ride. I suppose the flip side of that is that I will actually have to do a decent job!

In reality, despite my research, until I get there I’m not going to know whether I’ve chosen correctly. So far the signs are good; the visa process has gone without a hitch and they’ve kept in contact and provided me with updated information as we’ve gone down the line. Now we’ll see how it goes when I actually get there. 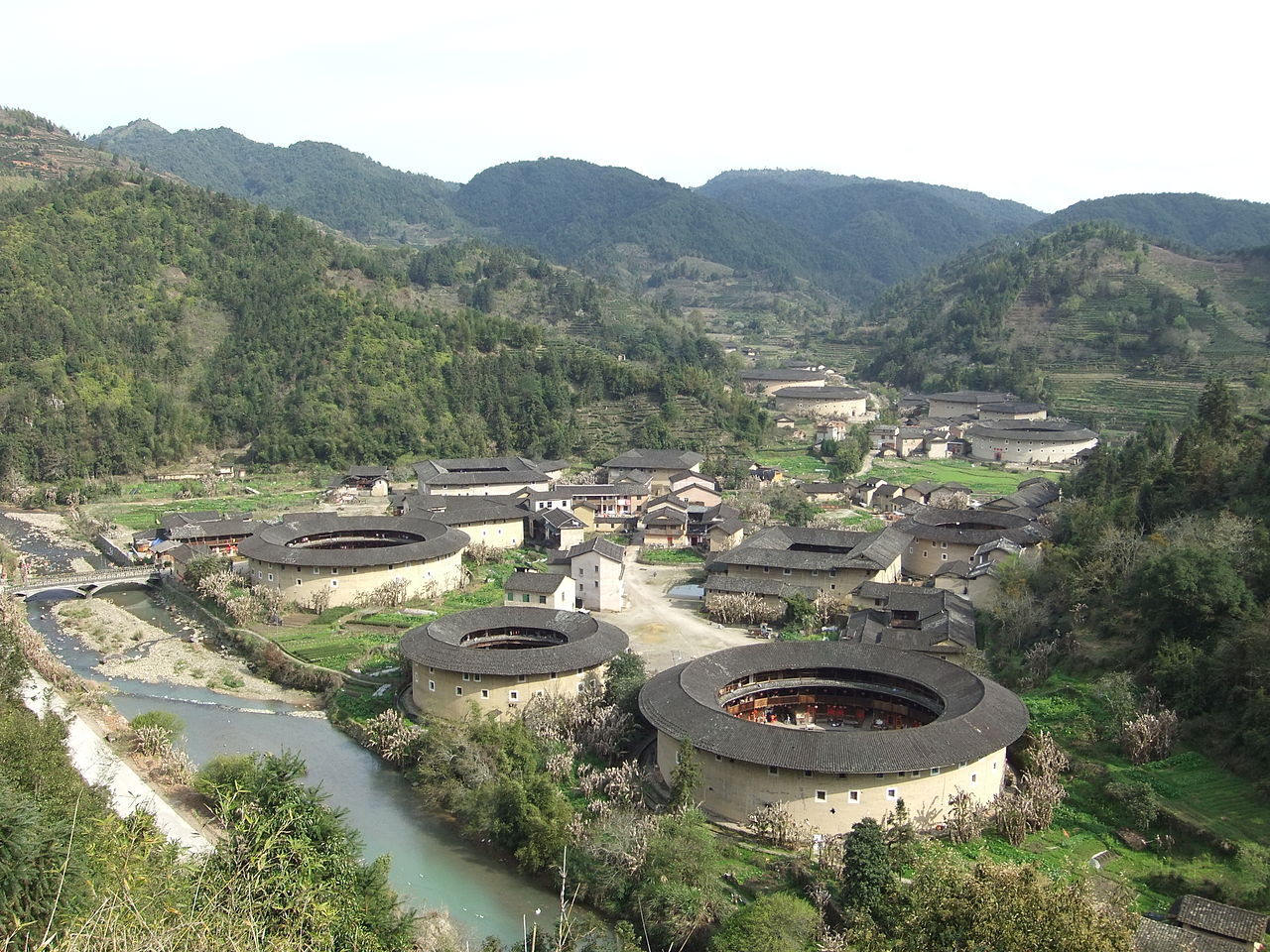 Apparently these buildings can be found in Fujian. (Photo credit to User:Vmenkov on Wikimedia)

This was a difficult decision in and of itself. I spent a whole day the weekend before last (productivity level: low) just comparing the prices and flight lengths of those on various comparison and airline websites. Pretty much everything needed a stop in Europe and another in China before getting to Fuzhou, and that’s without thinking about getting to either Manchester or London for the flight, so I was looking at a pretty long journey. All of the better priced ones were through not terribly well reviewed (read: atrociously reviewed) third party agents too, and I was really trying to avoid anything that looked too dodgy.

Step forward my brain, which kicked into gear for once to find a cheap flight from Stockholm on a Chinese airline, and a budget flight to Stockholm from Manchester a few days earlier. Ok, so a couple of days in Stockholm isn’t going to be cheap, but you can’t put a price on a last minute, unplanned holiday that’s effectively included in your trip, can you?

There’s one slight downside. My flights really don’t have too much baggage allowance, and I’m fairly sure it’ll cost me an arm and a leg to get more. So my move to China will be with one 20 kilo suitcase and a five kilo bag as hand luggage, ultralight style. 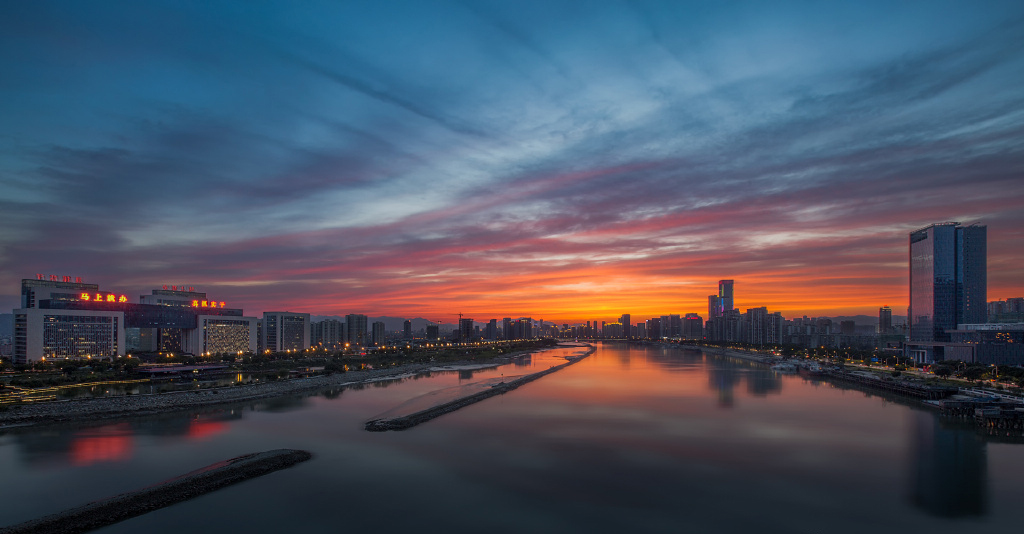 Fuzhou at sunset looks nice, but don’t most places? (Photo credit to Listwiseafford on Wikimedia)

Now down to the cut of it. What have I done to prepare for my move to China? All sorts I tell you, and watching classics like House of Flying Daggers and Hero has only been part of it.

I’ve started attempting to learn Chinese. That’s right, I’ve totally got the CDs (for Christmas, from my brother) and everything, and I will surely start listening to them properly, soon!

I’ve organised getting the jabs I need for the move. After much effort, I finally found a doctor that I could sign up for in time, only about two weeks after I was rejected from another due to lack of time. Perhaps I should have signed up earlier…

I’ve also been reading Wild Swans, Jung Chang’s account of three generations of her family in 20th Century China. The book is 25 years old now, so perhaps not reflective of China now, but it chronicles a part of history that I didn’t really hear about growing up (for obvious reasons), and isn’t going to disappear. Excruciatingly slow though my reading may be, I’ve only got about a third left now so hopefully I’ll be done by the time I leave. I hope so, because the book is banned in China.

What else? Erm. Hmm. Er. Well, it seems I may have exaggerated the quality of my preparation. Honestly, there’s a long way to go. Doubtless, much of it will be left until I get to China. That’s part of the adventure, really.

So that’s it. On the 16th of February I leave the UK for another life, though I won’t get there until late on the 20th. From then on, who knows? See you on the other side.